The G-8 summit is currently taking place in Northern Ireland, a region facing tough economic times because of the financial crisis and subsequent austerity measures (it’s estimated that youth unemployment is 24%).

As this article points out though, the British government has apparently thrown austerity measures out the window when it comes to preparing for the meetings.  For instance, they spent £300,000 creating a Potemkin village, including window sized decals that make it look like business is good.  Here is a photo of the “fake butcher shop window full of imaginary meat in a derelict storefront.” 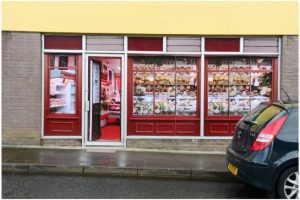 Here is a good slideshow on some of the other “special” effects.  Apparently this is par for the course with these kind of summits.  Canada, for instance, spent $857 million on hosting the G8 and G20 meetings.  Part of the money actually got spent on building a fake indoor lake (seriously, here are the details).

The article also has some funny bits about the hotel preparations, including:

1. making sure they have the kind of exercise equipment Putin likes (wow, I wonder what that is).

2. making posters of the 8 world leaders so hotel staff can recognize them.  The funny part though is the manager explaining that “We’ve had to do three separate posters because every time we turn around there is a new prime minister in Italy.”

One thought on “Can’t they just Skype?”