Here’s a great photo essay on a Chinese built ghost town in Angola.

People do you think a cock-up like this has anything to do with the language of business there being Portuguese? Or with Chinese FDI aimed at enabling the election pledges of local leaders? At least the Chinese are keeping up the old colonial tradition of resource extraction: the construction costs are being paid by Angola with oil!

Has China run out of places to built ghost towns domestically and thus must resort to foisting them on developing countries?

The essay claims that there is an operating school in the ghost town, but all the students are bussed in because no children actually live in the ghost town.  Why would they? Ghost towns are scary. 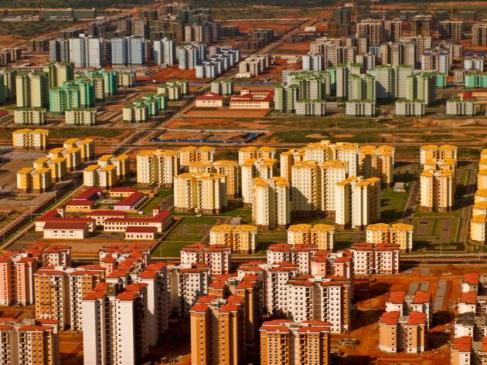