McSweeney’s has dedicated it’s April issue to crime fiction in Latin America.  Needless to say, I’m pretty excited to check it out.  Here is their description of the issue:

In thirteen electrifying stories, our very first all-Latin-American issue takes on the crime story as a starting point, and expands to explore contemporary life from every angle—swinging from secret Venezuelan prisons to Uruguayan resorts to blood-drenched bedrooms in Mexico and Peru, and even, briefly, to Epcot Center and the Havana home of a Cuban transsexual named Amy Winehouse. Featuring contemporary writers from ten different countries—including Alejandro Zambra, Juan Pablo Villalobos, Andres Ressia Colino, Mariana Enriquez, and many more—McSweeney’s 46 offers an essential cross-section of the troubles and temptations confronting the region today. It’s crucial reading for anyone interested in the shifting topography of Latin American literature and Latin American life, and a collection of writing to rival anything we’ve assembled in years.

The LA Times has a good review of the issue, which highlights what it considers some of the best writers and stories.

Graham Denyer Willis, from the Centre for Criminology and Socio-Legal Studies at the University of Toronto, has written an amazing piece win the Boston Review called “The Gun Library: An Ethic of Crime in São Paulo.”  Even though I’ve heard similar anecdotes about organized crime in Brazil, this article blew me away.

Graham followed police detectives around in São Paulo for 4 years and got very acquainted with an organized crime group called the PCC (or Primeiro Comando da Capital), whose main mission was to protect prisoners. The PCC controls 135 of the state’s 152 prisons and provides things the state does not (such as food and clothing).  The group has moved beyond the prisons though and now governs large portions of the favelas that surround the city.

The whole article is fascinating, but here are some of the parts I found most interesting:

1.  The PCC is extremely organized in its approach to organized crime.  Willis notes that “among the documents were Excel spreadsheets itemizing millions of dollars in weekly sales of cocaine, crack cocaine, and marijuana by area code, but there were also photocopies of membership roles including name, nickname, member number (the same as the official prisoner ID), place of residence, last three prisons stops, names of “Godfathers,” time and place of “baptism” into the organization, lists of drug distribution and sales by member name and/or nickname, quantity and amount of money owed by individual, and, among other things, inventories of cars and guns.”

2. The PCC has a code of ethics and proportionality.  For instance, “children may not be harmed, murder and other violence must be preauthorized, and perceived injustice on the part of police is met with violent retribution. Under the PCC banner, crime is at once a practice, an occupation, and an identity.”

3. The PCC might be organized, but they don’t encourage members to be overly business-like.  Here is memo they put out to their members: “It is inadmissible to use the commando [PCC] for personal gain. If a member takes advantage in order to make money from the comando, operating with cunning for personal benefit, the leadership will analyze the case and after confirming the incident, the person in question will be expelled and have death decreed. No member may use the relationship with the comando for commercial or private transactions without the knowledge of the leadership.”

4. And lastly, the PCC runs something called an “assistance bank,” which offers “a gun and a cash loan of up to 5000 Reais ($2500 USD), an amount roughly eight times the monthly minimum wage. Borrowers have their choice of an impressive array of weapons for a thirty-day loan. The document stipulates that there should be 500,000 Reais available for loan to accompany the inventory of twenty machine guns, fifteen submachine guns, fifty pistols, thirty grenades, and twenty revolvers.”

In a generally righteous post, CGD’s Charles Kenny repeatedly claims that not only are the World Bank’s country groupings arbitrary and not useful, there actual is no “natural grouping” of countries by income.

Of course, I don’t know what Kenny means by “natural”, but there are very strong and detectable country income groupings in the data.

In my research with Norman Maynard (we use Maddison’s income data) where we fit a finite mixture of log-normals model with an endogenous number of components (using reversible jump MCMC), we find that a two component model fits the data best from 1950 – 1970 and a three component model from 1980 – 2008.

And here is how much things changed in the next 30 years:

As far as “conjured” poverty traps go, we find 29 countries that are assigned to the lowest income component with a probability of over 0.66 every decade from 1950 to 2008.

And, regarding the “middle income trap” we find extremely limited mobility out of the middle group and into the top group from 1980 – 2008. More countries fall out of the top group than rise into it.

In 2012, the Council of Foreign Relations highlighted a new initiative called Mexico ¿cómo vamos? that was brought about by the collaboration of two leading think tanks in the country:  Mexico Evalúa and IMCO.  Here’s the CFR’s description of the project:

“The website lays out a perhaps surprising vision for Mexico: as a leading global economy. The website brings together some sixty economic and public policy experts from varying backgrounds to focus on where Mexico’s economy stands today and what it needs to do to achieve this ambitious future. Providing both raw data and expert analysis, the website identifies attainable goals in six critical areas (investment, competition, competitiveness, well-being, productivity, and exports), with the aim of expanding the middle class, reducing inequality, and promoting social inclusion.”

The site has all sorts of interesting data and is well worth checking out.

The following figure caught my eye and made me think that the answer to “como vamos?” (roughly, how are we doing?) is “room for improvement.”

The data is from the National Institute of Statistics and Geography (or INEGI, in Spanish) and lists the percentage of respondents aged 18 and over that said they had stopped the following activities because of a fear of crime.  The numbers are really high and made me wonder what kind of coverage the survey had.  I’m guessing that these numbers would be very low in some regions and even higher in others.

For the non-Spanish speakers, the list in English is:

Going out at night

Carrying a credit or debit card

Going for a walk

Going to the movies or theater

Going out to eat

Going to a stadium

Taking the highway to visit another state or muncipality

The WSJ has a fun piece today on the travails of being a poll worker in India.  The country has a rule that there must be a poll station no further than 2 km from every residential community, which means that the polling agents assigned to rural areas have their work cut out for them.

The US Postal Service has the motto “Neither snow, nor rain, nor heat, nor gloom of night, stays these couriers from the swift completion of their appointed round” but that’s nothing compared to what these poor guys face. They should come up with a similar motto including crocodiles, snakes, elephants, mountains, and crushing heat.

Here are some details of the trials they face:

“There are basically two ways to get to Hanspuri (a town with 261 voters). Going overland would require hacking through dense jungle filled with snakes and across the mountain ridges that serrate North Andaman island—all while carrying the polling machines and other equipment in backpacks. The more practical water route—through the mangrove forests and up the coast—has its own risks, among them: hungry crocodiles and the risk of capsizing.”

Poll workers travel with camel caravans to reach settlements in the deserts of Rajasthan.

Election officials recently had to contend with a herd of wild elephants that blocked the way to two polling stations. Eventually, forest rangers came to the rescue.

Polling officials trekked five hours through a forest carrying a 10-plus-pound polling machine to reach a settlement with just two voters near the Chinese border.

Phase two of the journey required lugging the two voting machines—a precaution in case one malfunctioned—as well as water, food and camping gear to the village. On sections of the path, the poll workers and their escorts had to walk in single file over makeshift bridges roughly the width of gymnastics balance beams.”

Click here for a slideshow of some these obstacles.

Of the 261 voters in Hanspuri, roughly 80% voted.  While that’s a pretty high turnout, if I were that poll worker who took days to trek there, I would be plenty hacked at those who didn’t vote.

In the department of “what could go wrong?”, the Nigerian government has embarked on a new plan to promote fish farming by slapping import quotas on foreign fish (that’s a funny concept, as if the fish in Nigerian waters carry (waterproof) citizenship papers)).

So what are the details of this creative new plan for growth?  The Ministry of Agriculture first sought to ban all fish imports for four years and force fish importers to start fish farms.  This brilliant nugget was shot down by public outcry, who rightly realized that there would be massive fish shortages.  Somehow the government thinks that the skills needed for import-export are the same for fish farming.  I don’t know what exactly each of those jobs entails, but it doesn’t strike me as likely that the same person would be equally well suited for both.

Alright, back to the drawing board.  The Minister then decided on a 25% annual reduction in fish imports, using foreign exchange as a control mechanism. Foreign exchange is already regulated by the Nigerian authorities and fish importers have already learned to game the system; that is, claim to be importing way more fish than they actually are and resell the foreign exchange on the black market.

The article does a good job of summing up other reasons the policy is likely to fail:

“The Nigeria Agriculture Minister has said, “In 2013, a total of 3.6 million juveniles, 36,000 bags of 15 kilograms of feed and 200 water testing kits were provided to fishermen in ten states, at a total cost of N1.5 billion Naira.” While many fish farmers indicate they are yet to see and/or get these items, market analysts state that these are grossly inadequate to make any impact on boosting production to cover the import cut.

Nigeria’s marine waters are also unsafe with serious security challenges which hamper fish and shrimp trawling. Nigeria’s Niger Delta areas used to be the hub of the country’s fishing and fishery production. But that status has been overwritten since Nigeria’s oil and gas discovery in that region. Water pollution from oil and gas exploration activities in the region has continued to deplete the region for fishery activities.”

and I agree completely with their forecast:

“Many industry watchers indicate that Nigeria’s fish quota regime can only increase food inflation and open up channels for profiteering by politically-connected importers and individuals with privileged access to top government officials. This will fuel smuggling and the corruption of port officials, as well as increase the risk of disease in domestic fish farming as pond will be overtaxed as fish farmers try to boost production.”

The real question is if the program’s failure is so easy to predict in advance, why is the government pursuing it? 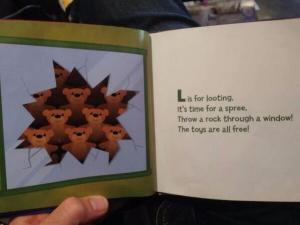