As more corruption allegations arise, El Presidente seems relatively unruffled, or at least his hair does.  In a very funny, and very important, article, Rafa Fernandez de Castro asks “How does the Mexican president get his hair to look so flawless?”

Rafa notes that EPN has lego hair; that is, hair that apparently adheres to the US postal service creed (“neither snow nor rain nor heat nor gloom of night stays these couriers from the swift completion of their appointed rounds”).  Here is the lego version: 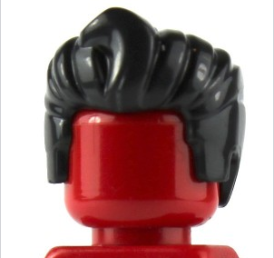 The infamous cowlick became a motif when EPN was running for president.  Here are some of his supporters demonstrating their follicular affinity: 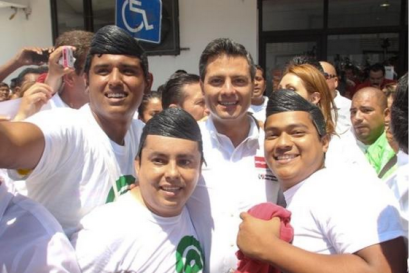 As opposition has mounted to his presidency, the famous coif is now being used against him:

The public has also taken to social media to debate how he maintains such perfectly coiffed hair.  Responding to a photo of EPN finishing a race, one tweeter wrote: “The cowlick is INTACT [sic] please let us know what gel he uses.

Others hypothesize that he has an acrylic helmet, a wig, or perhaps just glues his hair in place.  I imagine him having a whole row of acrylic helmets on a shelf, just in case.  If only he spent half as much time on issues like murdered students, Mexico might be doing a lot better from a human rights perspective.

One thought on “EPN, or at least his hair, is unflappable”