Mumbai recently hosted a Hindu Spiritual Fair.  There was an advertisement promoting women’s honor.  Who do you think was the poster girl for such a program?  Margaret Thatcher, naturally.  We at CG have only one question:  wtf?

and Hindus can look to Einstein and Mark Twain for patriotic inspiration.  Yep, that makes a lot of sense.

Ah Mexico, so feckless but with people that have awesome senses of humor. One of my favorite things about living there (once I got a handle on the language), was the constant flow of jokes, puns, double-entendres flying everywhere.

Recently, folks were “celebrating” the fact that the US dollar had hit 15 pesos by imagining a dollar Quinceañera (though it’s now over 19 pesos to the dollar). 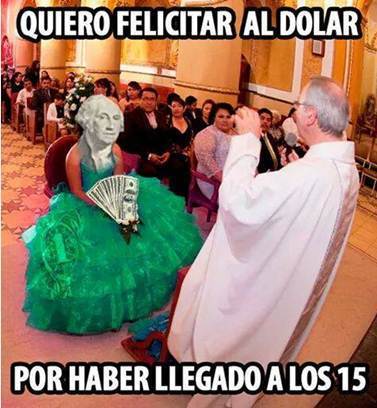 Others, however wish Mexican authorities would forget about stopping El Chapo and concentrate on arresting the dollar instead!

The NYT reports that the UAE is getting all Bhutan-y these days, creating a new ministry, the ministry of Happiness!  Even funnier, there’s also a new ministry of Tolerance. I can only assume the actual mission of these ministries is to stamp out any green shoots of happiness or tolerance that might possibly arise inside their borders.

Maybe their first act will be to execute the guy with the red keffiyeh!

In all seriousness, the ministry of happiness will have its work cut out for it as the UAE is already reported to be the 20th most happy country in the world!! They just need to climb above #11 Israel to become the happiest country in the region.

I recently discussed the excellent “Missing in action: teacher and health worker absence in developing countries” in my graduate development class. The authors sent enumerators to conduct random visits to primary schools and health clinics in Bangladesh, Ecuador, India, Indonesia, Peru and Uganda to see if the teachers and doctors were present.  They found that, on average, “19 percent of teachers and 35 percent of health workers were absent.”

Of all the reasons they investigate for why teachers may not show up at school, the researchers forgot to test for the possibility of rampaging wild animals!  That would certainly cause teachers to think twice when deciding whether to go to school.

Here’s a link to a story yesterday from CNN.  The title pretty much tells you the gist of what happened: “3 mauled as leopard wreaks havoc at Indian school.”   The article states that “an estimated 1,500 leopards were in Karnataka state but that they rarely strayed far into urban areas.”  Rarely, but not never! Can’t be too safe.  Here is a picture of the incident: 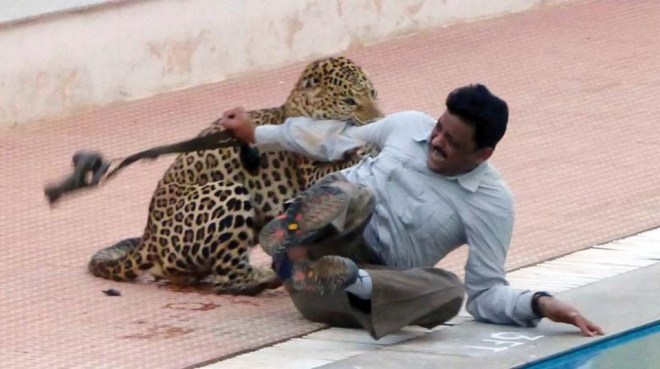 Susan Thomson, an assistant professor of Peace and Conflict Studies at Colgate University had an interesting article recently about Rwanda.  The piece was originally published in the Conversation and re-published by the Huffington Post as “Democracy Rwanda Style: You Can Have any President You Want, As Long as Its Paul Kagame.”  While the main gist of the article didn’t come as any surprise, there was one nugget in the article that I found intriguing.  Thomson writes:

“Kagame devotees are quick to point out the country’s economic successes, using reports produced by the Rwandan government itself to back up their claims. In recent years, the World Bank has indeed found Rwanda to be among the easiest countries in Africa in which to do business. But in 2006, when the same World Bank found data that did not support the narrative of economic growth in Rwanda, that data was destroyed and the foreign researchers were expelled. Since then everything from the World Bank on Rwanda has been positive. Suppressing dissent knows no bounds.”

She links to a paper by Bert Ingelaere called “Do We Understand Life after Genocide? Center and Periphery in the Construction of Knowledge in Postgenocide Rwanda.”  It’s a fascinating paper and work checking out in full, but here are some of the parts that I found noteworthy.

a.  There is a Potemkin village aspect to Rwanda where the state carefully manages how much access researchers have to villagers as well as the villagers behavior and thoughts (at least the ones that are voiced) about progress.  One anecdote involves the government trying to make villagers look less poor by wearing shoes.  Ingelaere writes:

“Not wearing shoes means exclusion from public places such as markets and being turned away from official government functions. Yet peasants often do not have the financial means to adhere to this rule, and sometimes end up in the local cachot (jail) as a result. Obligatory fines of 10,000 Rwandan francs are not adjusted to the circumstances of rural life, and thus the only strategy for regaining freedom is to borrow money from family and friends, resulting in debt and more poverty.

Another strategy is to follow the spirit, if not the letter, of the policy and participate in the project of image control. During fieldwork we noticed men and women walking to official gatherings and carrying their shoes on their heads. The purchase of new shoes as required by official policy had represented a serious investment, and these possessions had to be handled with care. Only when approaching the area where government officials were located (sometimes in the company of foreign visiters inspecting a “project” or some other “developmental” initiative) would they put on their shoes. Then, after the meeting and out of sight of the eyes of the state and the foreigners, the shoes would be removed and placed back on the head.”

b. The story on the World Bank data is a bit more complicated.  Rwanda was to make up one of many countries that the Bank was studying to chart Amartya Sen’s “expansion of freedoms,” where development is measured by more than just income, including things like “the exercise of basic rights, and the success or failure of democratic institutions in different countries.”  You can tell from that quote that the Rwandan government was not going to be pleased with the results.

After six months of surveying Rwandans, the government put a stop to the study:  “The Rwandan security forces seized at least half of the data on the pretext that ‘genocide ideology’ lurked in the research design and study content. Rwandan participants were questioned by the police, and foreign researchers implementing the study were summoned by the Criminal Investigations Department (CID). After a long period of negotiation between high-level World Bank representatives and several Rwandan ministers and other government officials, the decision was taken to destroy all the data and abandon the research project altogether.”

Alrighty then…I guess the Bank got the message.

Actually, according to the WSJ, 36 cargo planes of the Venezuelan currency has been shipped to Venezeula in recent months.

See, when your inflation rate is somewhere between 300 and 700%, the domestic printing industry (like most other industries in Venezeula) cannot meet the government’s demands.

“The central bank’s own printing presses in the industrial city of Maracay don’t have enough security paper and metal to print more than a small portion of the country’s bills, the people familiar with the matter said. Their difficulties stem from the same dollar shortages that have plagued Venezuela’s centralized economy, as the Maduro administration struggles to pay for imports of everything”

And, as is customary in these Latin-American inflationary spirals, things are heating up even more.

You may ask yourself, didn’t the opposition win a super-majority in the legislature? How come these Chavista shenanigans are still going on?

“The president in late December changed a law to give himself full control over the central bank, stripping congressional oversight just as his political opponents took control of the National Assembly for the first time in 17 years. “

Here is a snapshot from the WJS about the evolution of prices of consumer staples in Chavezlandia over the past year:

People, repeat after Angus, “The rule of law is mighty #@$% thin reed”

This just in: Hamas got tanks!

Looks like its actually a pick up truck with fake tread and wooden armor. 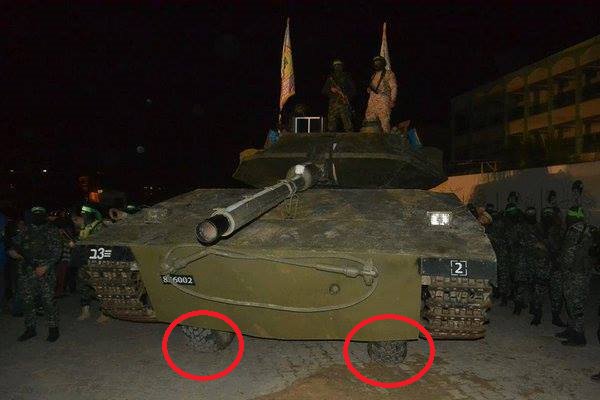 Y’know I actually wish all tanks were like this.  Maybe we could get Hamas to manufacture all the tanks, bombers, drones, submarines, etc for the entire world.