TMS Ruge has an excellent and thought-provoking post about the white savior complex in Africa.  It’s provocative title is “Your White Savior Complex is detrimental to my development.”  A white colleague of his who work on microfinance in Uganda wants to be mindful of the white savior complex but also needs to have photos of her working in Uganda to make it clear to donors that she is doing her job.  She asks Ruge for advice and he provides some with brutal honesty:

“If the problem you are trying to fix over there isn’t fixed right where you are, what gives you the qualifying authority to go there? And by leap-frogging the issues in your backyard, are you really solving the problem or just moving sand grains around on a beachhead? Why are problems over there yours to fix?

You are raising funds to empower women but not raising funds to strengthen the social infrastructure that left these women disenfranchised. The skin you are in, allows you to simply inject short cut solutions to “other people’s problems.” Fundamentally, social infrastructures in your village made you a strong, independent woman with enough access to be able to think ‘why don’t these women over there have the same privilege that I do?’. You identified the illness, but opted for a corrosive bandaid instead of a difficult, but necessary surgical procedure.

There are many people in Uganda, like me, working to fix our broken social systems by incessantly petitioning our government to address them. After all, they have one job! Is what you are doing helping us strengthen our case against the government or weakening our agency and endorsing the government’s abdication of its duties? “

The FT notes that former Brazilian President Lula da Silva reportedly said the following as a revolutionary in the 1980s:

His words appear to be both true and prophetic: 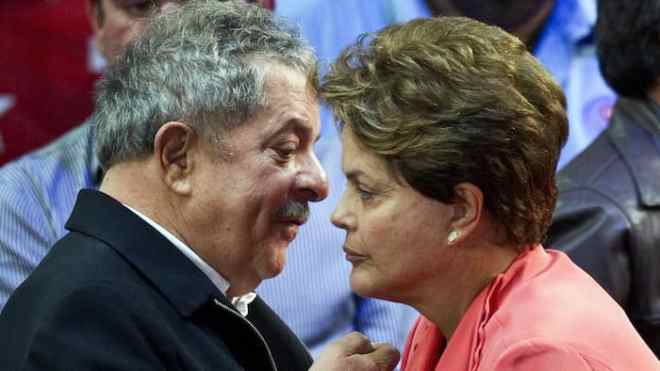 We recently blogged about the terrible violence afflicting Guerrero, Mexico and particularly Acapulco.

Instead of pleading for more security (which I’m sure they have done numerous times), the Association of Coastal Merchants (Asociación de Comerciantes Establecidos de la Costera) in Acapulco has formally requested that they be excused from paying government taxes because they already pay so much to organized crime in extortion.

They note that there have been a lot of murders because of their inability to pay double (both taxes and extortion fees).  Almost 200 businesses in the area have already closed their doors because of a deadly combination of extortion, violence, and drop in tourism.  The group predicts many more will follow suit.

That’s a sad recognition of how little the state actually governs in Guerrero.

I recently came across an article entitled “Russia looks to buy five dolphins with perfect teeth and killer instinct.”  I assumed it was published by the Onion but it actually was from the Guardian (and not April Fool’s Day).

The article explains that the Russian military is “seeking two female and three male dolphins between three and five years old with perfect teeth and no physical impairments.”  Hmm, is there a match.com for militaries and marine mammals?  Do the marine mammals know that they have signed up for this matching website? I love the part about the perfect teeth.  It’s good to be specific about what you are really looking for in a combat dolphin. 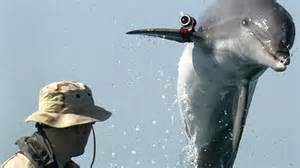 Apparently both the US and the Soviets deployed dolphins during the cold war for a variety of activities, including being trained to “detect submarines, underwater mines and spot suspicious objects or individuals near harbours and ships.”  Wow, an arms race in marine mammals?  Would that be a flipper race?

And the US use of sea mammals did not end with the Cold War.  The article notes that the US deployed sea lions “to Bahrain in 2003 to support Operation Enduring Freedom after the 9/11 attacks.”

Here is a link to the website for the US Navy Marine Mammal Program and a description of which mammals they use and why:

“Dolphins are essential because their exceptional biological sonar is unmatched by hardware sonars in detecting objects in the water column and on the sea floor. Sea lions are used because they have very sensitive underwater directional hearing and exceptional vision in low light conditions.  While dogs work as effective sentries on land, dolphins and sea lions cannot be outmatched as sentries in the water.”

Thankfully, the page also notes that the animals are released “almost daily untethered into the open ocean, and since the program began, only a few animals have not returned.”  It’s a weird, weird world we live in folks.

I was amazed to discover that Mozambique had successfully marketed over $700 million US dollar denominated “Tuna Bonds”.

They were named as such because,

“The bond was sold as a plan to create a national fishing industry for the south African country via Ematum — a tuna-fishing company backed by the state. “

But amazingly, somehow, things did not go according to plan:

“However, the majority of the money was spent on security operations associated with the loan.”

“International holders of the bond, which include some of the world’s largest investors, are being asked to exchange close to $700m of the existing 2020 Ematum bonds for new sovereign bonds due to mature in January 2023.”

People, if you changed the word “largest” to “dumbest” the sentence above would be even more true.

And of course another group of dummies chimed in with their two cents:

“The IMF said work on an action plan to improve the profitability of Ematum “should be fast-tracked to reduce its risk to the government budget.””

Yes by all means, let’s pump some more money into that failed and clearly corrupt SOE.

Oh my. It’s the perfect storm. Badly run countries borrowing in US dollars and wasting the money. International investors blithely buying the Brooklyn Bridge over and over. And the IMF just being the most stupid of all the lot.

The story comes from the FT so the link above may be hard to navigate.

It’s hard to know where to start with such an insulting and stupid statement.  According to  Mila, we don’t need to worry about African underdevelopment because Africans are already happy as they are.  They only need “some” clean water you know.

This quote was from an article last year in The Telegraph.  In it, she talks about pairing up with an ethical mining company in Zambia and Mozambique (hence the rubies in the photo above).  She was especially impressed with the fact that the company had a policy of not using child labor.  Here is what she had to say:  “My husband’s foundation in the States, Thorn, is against child [exploitation]. After having my own child, it puts it all into perspective. The idea of her at the age of nine having bleeding sores and working 20 hours a day for pennies… It’s pure slavery.”  I love how it took having her own baby to put things in perspective.  Actors weighing in on economic topics are easy targets;  what bothers me is not her views per se but the idea that anyone would assume she speaks with any authority.  It’s not that being an actor discredits you from speaking intelligently on important topics, but it shouldn’t give you an automatic platform either.

Anyway, the Mail & Guardian from South Africa has an article today about blood rubies (unfortunately, it’s gated).  The gist of it is that this so-called “ethical” company that Mila is ambassador for is actually not so ethical after all.  The title of the piece is “Villagers digging for rubies were shot and left to die.”  In Mila’s estimation, as long they had some clean water and sunlight, they probably died happy.

The BBC had an interesting article yesterday on the ways in which gender inequality gets reinforced by textbooks.

UNESCO investigated the issue in developing countries and found that “sexist attitudes are ‘rife’ in school textbooks.”  Here are some examples:

This one is from a textbook in the Democratic Republic of the Congo, asking “what does a politician look like?”  (Aside from the gender issue, what a weird thing to have in a textbook anyway)

This is from a textbook in Turkey, asking kids to imagine what they would like to be when they grow up [how mad do you think Turkish officials are to be in the developing country classification?]

Geez, this one also seems bizarre, as the man laughs maniacally while counting his money.  Is that supposed to be a cue that being a businessman is a good thing?  or maybe he is what a politician is supposed to look like and that’s the message!