People, centuries of British inbreeding have now produced a Crown Prince who is unable to absorb a handshake from a little old man!! 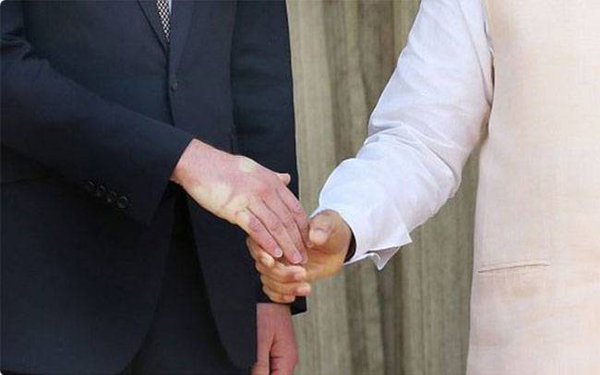 I get the feeling that all Brit Royals sleep in hyperbaric chambers and are injected with animal based serums cooked up in North Korean labs just to get them to be able to occasionally walk erect.

[by the way, Mrs. Angus has a different hypothesis. She believes that Modi, upon learning of this handshaking opportunity, went on an intense regime of steroids and martial arts training to strike a blow against India’s colonial oppressors. We may both be right.]