I learned two funny facts this morning about Saudi Arabia.  First, the government is running for the UN Human Rights Council.  Oh the irony. It’s hard to know where to start with that one!

But it gets even better than that folks.  The second fact is that the brochure advocating their candidacy cites women’s rights in SA.  Seriously–you can’t make this stuff up.  And look at the photo that goes along with the supposed women’s rights:

Besides the photo, there are some really funny statements in the brochure, like “The Government allows women to achieve a number of accomplishments.” [my emphasis on the most insulting parts of the sentence]

Also, there is the ridiculous statement that “Saudi law does not differentiate between men and women. This ensures them freedom of action and the running of their own affairs independently and without any restriction.”  Even if that were true, which it is absolutely not, the statement is incredibly insulting and patronizing.  The government lets women run their own affairs.  Gee thanks.

h/t to Hillel Neuer (@HillelNeuer) for this morning’s irony fail.

Thanks to @ali_naka for this gem from Zimbabwe.  Here is a photo of at least one Zim school that could badly use some funding:

and here is a photo of Cabinet Ministers’ Benzes: 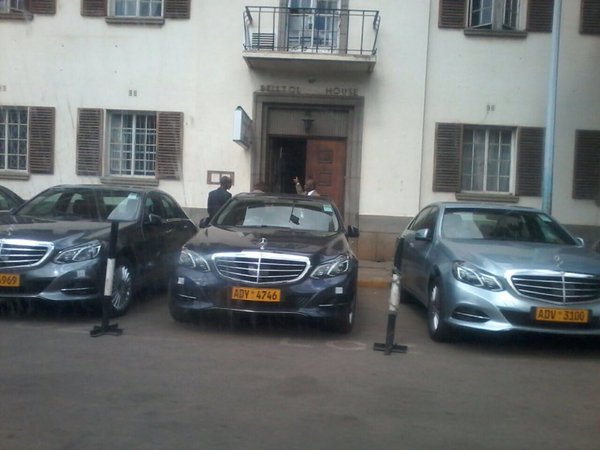 Maybe they could hold small tutorials in the air conditioned cars!

The BBC has an interesting report on ambulance services in Beijing.  Up until now, ambulance drivers could decide themselves how much to charge people for their services.  I’m assuming these weren’t listed or known beforehand either.  This seems ripe for abuse given that the patient will be desperately wanting to get to the hospital and in no state for bargaining.  According to the article, most Chinese on social media didn’t even know that ambulances charge at all.  That must come as a big shock then when they get hit up by the driver.

So what did authorities decide to do?  Decree that ambulances “be fitted with taxi-style meters in an effort to allay public concerns about overcharging.”  Hmm, this doesn’t seem to be the most incentive compatible policy either.  As one social media cynic (read: realist) pointed out, “Don’t rule out ambulances taking a detour when using the meter.”  At least when you’re in the backseat of a cab, you can watch where the driver is going.  In the back of an ambulance in an emergency situation, that’s not going to be very feasible!  Don’t get me wrong, I’m in no way advocating free ambulance services, but there has to be a better policy than this. 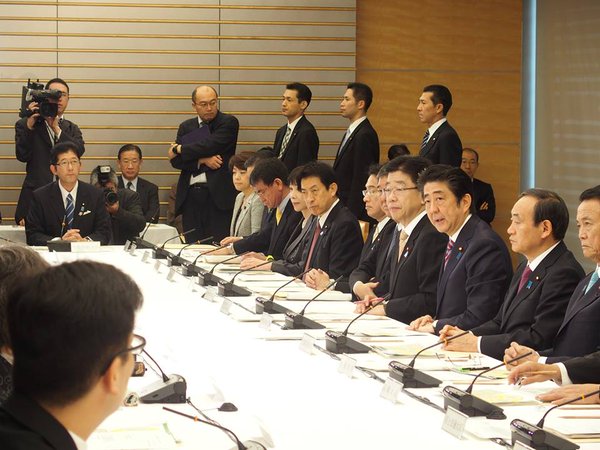 If you guessed a conference at Japan’s Gender Equality Bureau, then you are either (a) Noah Smith; (b) a deeply cynical person; or (c) both.

Thanks to Noah for the tip.

I thought it was interesting that Jeb Bush recommended Margaret Thatcher be on the $10 bill when asked which women should be honored on US currency.  Umm…that’s awkward, given that the US fought a war of independence to be free of Britain.

Apparently, historical amnesia is common throughout North America.  September 15th is when Mexico celebrates its independence from Spain, or according to almost half the population, just celebrates (forgetting the whole Spain part of the picture).  In a recent survey, only half of the polled population knew that Mexico got its independence from Spain.  13% actually thought the colonial master had been the US!

Here’s some other depressing tidbits:

a. Despite the fact that the Mexican President gives his yearly “grito”, where he loudly proclaims the heroes of Mexican independence, when asked about the identity of these heroes, only 26% of the polled could name Miguel Hidalgo, who started the independence movement, 12% didn’t know what to respond, and 25% named figures from different eras of Mexican history.

b. Poor Hidalgo is probably spinning in his grave when he learned that 25% of the polled thought Mexico would be better off today if it was still a colony of Spain.  And Spain still has an unemployment rate of over 22%!

h/t to Alejandro Villagomez, a friend and former colleague (@favillagomez)

Maize crops were down by almost 50% in Zimbabwe, so the government is importing 700,000 tons of the crop to stave off a crisis.  The Parliament is mad about a lack of food security in the country and is searching for a culprit. They’ve been grilling technocrats from the omnibus agency known as the Ministry of Agriculture, Mechanisation and Irrigation Development.

There was a lot of hot air, excuses, and (probably empty) promises.  The kicker comes in the last sentence of the article though, which notes that “The Grain Marketing Board (GMB) is also under fire for failure to pay farmers for their grain, a situation that has led to most of them abandoning the crop.”  Doh!!  That’s what I call burying the lede.  I guess we have found the culprit.

h/t to George Ayittey (@ayittey) who does an excellent job of exposing government shenanigans in Sub-Saharan Africa.