Man, Noah Smith keeps trying to convince me that Japan is a normal country, but then stuff like this shows up. 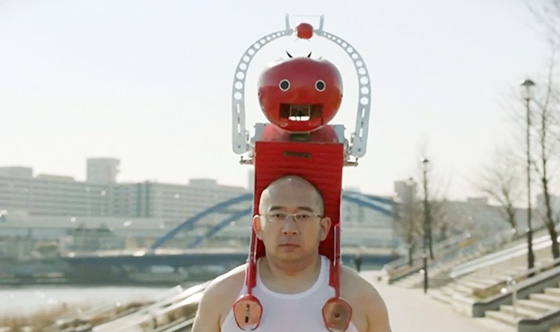 Yes, people, that is a robot that feeds you tomatoes while you are running or exercising!

So much great stuff here. Who knew tomatoes were optimal for re-hydration, as opposed to say, water?

And of course, if you are going to re-hydrate with tomatoes during exercise, why wouldn’t you have a monkey, err robot strapped to your back to feed them to you at prescribed intervals?

I will say this though, that is one fine looking’ robot!