Bloomberg just published an article arguing that Trump lost last night’s debate according to at least one important metric:  the Mexican peso market.  The peso/$ exchange rate has been hovering right at 20, an almost 50% depreciation since 2014.  But this what happened to the peso after the debate: 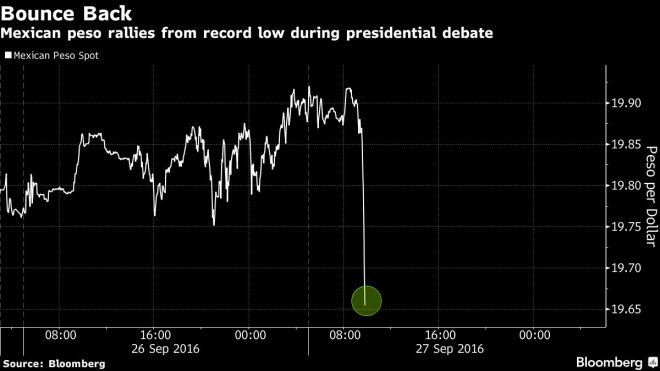 As for the Mexican government’s opinion about a Trump presidency, Mexican Economy Minister Ildefonso Guajardo said last week that “the country’s government is prepared to ‘talk to the devil’ to defend Mexicans in the United States if Donald Trump wins the presidency in November.”

As you probably know, Mexican President Enrique Peña Nieto has invited Donald Trump to a meeting today in Mexico City.  It’s hard to fathom Peña Nieto’s motives for this invitation, except maybe to distract attention away from his plagiarism scandal.  The Twitter-verse has been having a field day with the news.  Here are some of my favorites from this morning (I’m sure there will be more):

Oliver lampoons the utter absurdity of the wall that Trump claims he will build between Mexico and the US (and that Mexico will pay for, of course).  The clip is 18 minutes long but definitely worth checking out in full:

Here’s a perfect visual symbol of the idiocy of the proposal: 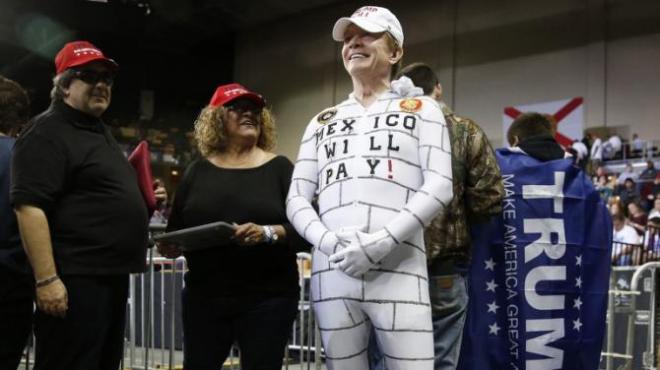