The Guardian published an article yesterday titled “Mexico City mayor ridiculed over plan to fight sex crimes with plastic whistles.”  Mexico has a real problem with sexual assaults and a lot of them occur on public transportation every year.  The Mexico City government has dealt with the situation by running “a fleet of pink buses only for female passengers, along with women-only carriages on the subway system.”  It’s estimated that 94% of sex crimes are not reported, giving an idea of how much victims trust the system.

The whistle proposal has been roundly criticized.  Critics accuse the mayor of “patronizing women instead of tackling men’s boorish and criminal behavior.”  The response on social media has been especially humorous: 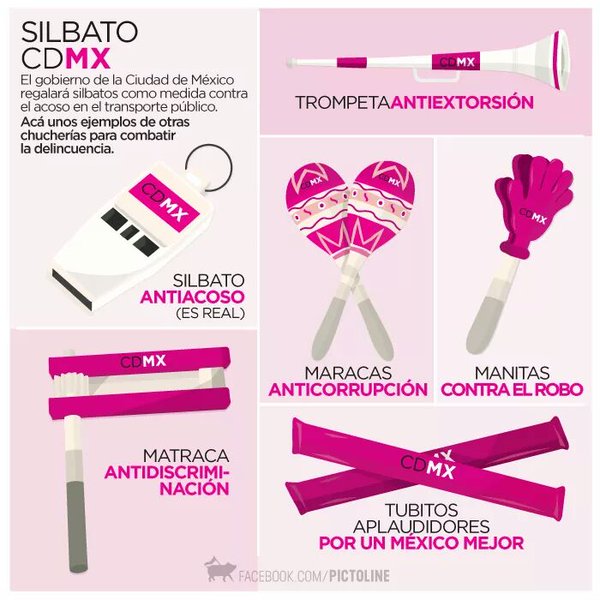 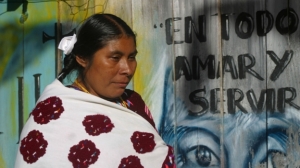 The Center for Economic and Political Research for Community Action (Ciepac) argues that indigenous women in Chiapas are “subordinated and oppressed” from almost every perspective: politically, culturally, socially.

They argue that “this oppression is present at many levels and takes many forms, such as the right to study. However, women are beginning to question the ways and customs which keep them subordinate and reinforce patriarchal control, which has been constructed and accepted historically and socially.”

A recent case sadly does nothing to refute Ciepac’s argument.  A group of 67 women, mostly housewives and mothers, bravely decided to buck tradition and finish their middle school education.  When they asked their community for a place to host the graduation party, the authorities refused.

Mr. Domingo Gómez Díaz, Chairman of the Drinking Water Board, called a meeting to denounce the women, stating

“that it was shameful for pregnant women to be studying, that they are only good for the kitchen and that under no circumstances would said graduation ceremony take place.”

Unfortunately, Mr. Gómez Díaz was not alone in his denunciation.  He was joined by the former mayor and the current administrative agent (no idea what this title might imply).

The women have lodged a formal complaint with the Chiapas Governor, claiming that men are proving to be obstacles to their constitutional right to education (Article 3 of the Constitution).  I am encouraged by the fact that they finished their middle school education and they made an official complaint and have publicized the kind of misogynistic attitudes that keep women from getting an education.  Maybe change in gender roles is coming after all to Chiapas, albeit very slowly.